We're excited to be back singing together, following Public Health guidelines in our new home at St. Andrew's United Church. More information on our 2020-21 season now below, while Christmas, pan-Canadian choral projects, new commissioned works, and additional news about upcoming plans for our 35th anniversary season, are coming soon.

EXPLORE THIS SEASON
ABOUT HFX CAMERATA

Canada Council for the Arts 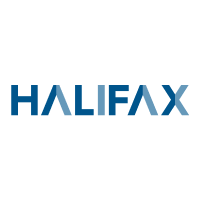 Like all arts organizations, Halifax Camerata Singers has been greatly impacted by the current pandemic, and had to cancel the second half of the 2019-20 season last spring. Following the protocols established by the Nova Scotia Department of Health, the choir returned to rehearsals with Artistic Director Jeff Joudrey this fall at their new home at The Stage (St. Andrew’s United Church, Halifax).

This includes singing with specially made singers’ masks, socially distanced and for shorter lengths of time. Now Camerata is thrilled to launch its 2020-21 season (34th) with a 30-minute online concert program for Remembrance Day, Voices of Remembrance. Check it out below!

Camerata is also recording a Christmas program in December, and collaborating in a cross-Canada non-traditional Messiah recording project with Toronto’s Against the Grain Theatre.

The concert is free and will remain online on our YouTube Channel here until December 31 following the premiere on November 10.

Recorded for broadcast by Leaf Music on Facebook and YouTube on Tuesday, November 10 at 7:30 p.m., Voices of Remembrance is a moving program of music and readings about remembrance. Special guest Curtis Dietz joins on trumpet for Eleanor Daley’s For the Fallen, and Camerata’s accompanist Lynette Wahlstrom is featured on two pieces. With many in-person gatherings limited this year, Camerata hopes that their program will help people find a way to pay tribute to lives lost.

The program is dedicated to those who died in the Second World War that ended 75 years ago, including victims of the 1945 bombings of Dresden and Hiroshima. From more recent tragedies, Camerata remembers six members of the Canadian Armed Forces who died in a Cyclone helicopter crash in April, Capt. Jenn Casey, who died in an accident while flying with the Canadian Armed Forces Snowbirds, and the victims of the Portapique massacre.